Time to “Fall Back” in November 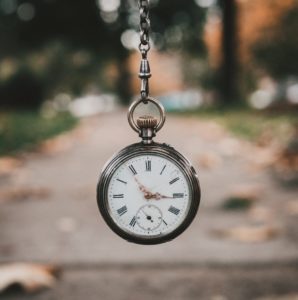 Emails and postcards are sent in Spring to remind those who live in states that utilize Daylight Savings Time (DST) to “Spring Forward” when it comes to moving your clocks ahead an hour.  More reminders are delivered in October to have the hands on your clocks “Fall Back” in November.

And this year has been no exception in Virginia.  DST officially ends Sunday, Nov. 3 as we return to Standard Time.  It is a practice that became standard in 1966 when Congress passed the Uniform Time Act that determined the length of savings time.

Outside of the obvious of more sunlight in summer and less in winter, have you ever wondered how it came to be that those 60 minutes vanished and then returned? And how it might be useful?

According to Wonderopolis.org (Where the Wonders of Learning Never Cease), the idea of playing with the hands on the clock was first suggested in an essay by Benjamin Franklin in 1784, and later proposed to British Parliament by Englishman William Willett 1907.  It did not become a standardized practice in the United States until some 59 years later.

DST was originally instituted in the United States during World War I and World War II in order to take advantage of longer daylight hours and save energy for the war production.  After World War II, individual states and communities decided whether they wanted to continue observing DST and when to do so. This meant some cities were an hour behind others even though they were only separated by a few miles on a map.

Congress minimized the confusion when passing the Act.  Additional sunlit work and recreational hours in warm weather and potential energy savings were also cited as possible factors in the decision.

There are currently about 70 countries that participate in DST, though not necessarily on the same schedule as the United States. Timeandate.com says DST could soon be a thing of the past in Europe. The European Parliament voted in favor of removing DST in the European Union (EU) in March, 2019. The proposal is a step towards a permanent elimination of DST in the EU and will form the basis of discussions to produce a final law repealing EU’s existing DST legislation.

Under the new directive, each Member State will have to decide until April, 2020 whether to remain permanently on “summer time” or to change their clocks back one final time to permanent standard time. In the United States, there are only a few places that do not observe DST, including parts of Arizona, Indiana, Hawaii, Puerto Rico, the U.S. Virgin Islands and American Samoa.

Nevertheless, the days will soon seem shorter and the nights longer here in Virginia.  The important thing now is that you take the time in November to “Fall Back” and adjust your clocks so you will be on time when you need to be.