Help Protect Yourself from Data Thieves

Thieves need less than a minute to steal your credit card data. 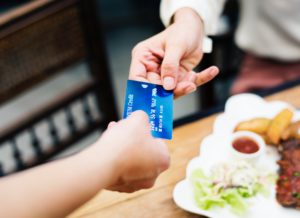 No longer is it a matter of imprinting credit cards from discarded carbon copies. The act of stealing your credit card information has become extremely sophisticated, thanks to technology. Criminals have hacked, phished and skimmed their way into data systems that don’t come to light until you hear about it on the news or get a letter in the mail with an explanation to protect yourself from having your data spread on the internet.

When you hear of massive data breeches that could involve millions the news often seems too much to comprehend. It just doesn’t hit home, until it does. The simple act of checking your account online takes on a great deal more importance when you see charges you don’t recognize.

Somebody has stolen your credit card information and is using the data to buy items that are being charged to you. That happened to me and my family just before Christmas. And it didn’t feel very good. In fact, it was upsetting. Charges of more than $2,000 were placed in less than 24 hours.

According to my credit card carrier, “this happens much too often” and card users are encouraged to be as vigilant as possible.

A U.S. Secret Service agent who was formerly in charge of the agency’s cyber operations branch was quoted in a related article that credit card thieves once “got the imprint of cards from carbon copies they dug out of the trash. Technology has changed things.”

Thank goodness I happened to look at my online account that very day and noticed the expenditures. We were preparing to leave town for the holidays and who knows what might have been charged by the time we got home.

Fortunately, my credit card carrier acted quickly and immediately closed the account and started the business of tracking down the expenditures. A new card will be issued, but the real concern is how thieves got the information in the first place.

We will probably never know.

Here are some things I’ve learned that might help you protect your credit card data:

If you notice unusual charges on your credit card, or packages for things you didn’t order showing up at your home, call your credit card company immediately. You don’t want to delay, especially if the card itself was stolen, so that you can put a stop to the fraudulent charges.