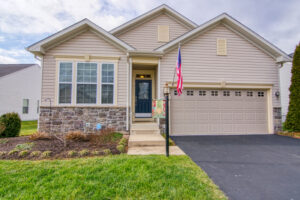 Housing Market conditions showed 1,147 home sales in the WAAR region during the first three quarters of 2022. That is a 20 percent drop from this time last year. However, prices climbed with the median sales price in the Williamsburg area being $387,000, rising 11 percent in that same period.

Inventory also continues to build in the region with 584 active listings on the market at the end of September, 28 more than a year ago. Williamsburg and New Kent both showed the most increases in listing inventory, but York County’s numbers declined.

Mortgage rates also went up rapidly. The average rate in the second week of October was 6.92. It is now over 7 percent due as the Federal Reserve Banking System continues its battle to reduce inflation. Interest rates are expected to moderate in 2023.

The economic side of the report shows that Virginia added 16,700 jobs between July and August and is now only 5,300 jobs short of pre-pandemic levels. Most the of growth continues to be in the Leisure and Hospitality sectors. The unemployment rate remains low across the state with the rate at 3.2 percent. Williamsburg’s rate was listed at 3.1 percent. Both are down from year ago.